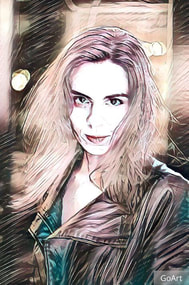 Jen Allen Zito is a heart felt soulful singer and composer living in the Bay Area of California.  She has just released her first recording of a piece called "Rise" and is in the studio working on more recordings now.   She can periodically be seen singing for the historic Glide memorial church in San Francisco where she has been a soloist with the Glide Ensemble.  She also works as a session vocalist and teaches private lessons.

She grew up deeply influenced by the community of songwriters and folk musicians around her as well as the jazz music of her father who played stand up bass, jazz guitar, and many records on the turn table.

Jen got her Bachelors Degree in Music in 2012 from Cornish College of the Arts in composition and vocal performance. In addition to her studies in composition, she spent many years studying vocal stylings and techniques from various folkloric traditions, singing in languages such as Spanish, Portuguese, Yoruban,  Italian and Bulgarian before coming back to her own roots in English.

Jen Allen Zito is the daughter of folk singer and activist, Linda Allen.  She and her sister, (songwriter and performer Kristin Allen-Zito), grew up performing and touring with Linda around the Northwest.  Jen and her sister learned the art of arranging, performing, and recording their own vocal parts as well as the power of singing for truth and justice at a very young age.  They performed with their mom at concerts as well as protest rallies throughout their entire childhood and beyond.  Jen and her sister also spent time performing their original material as a sibling duo.